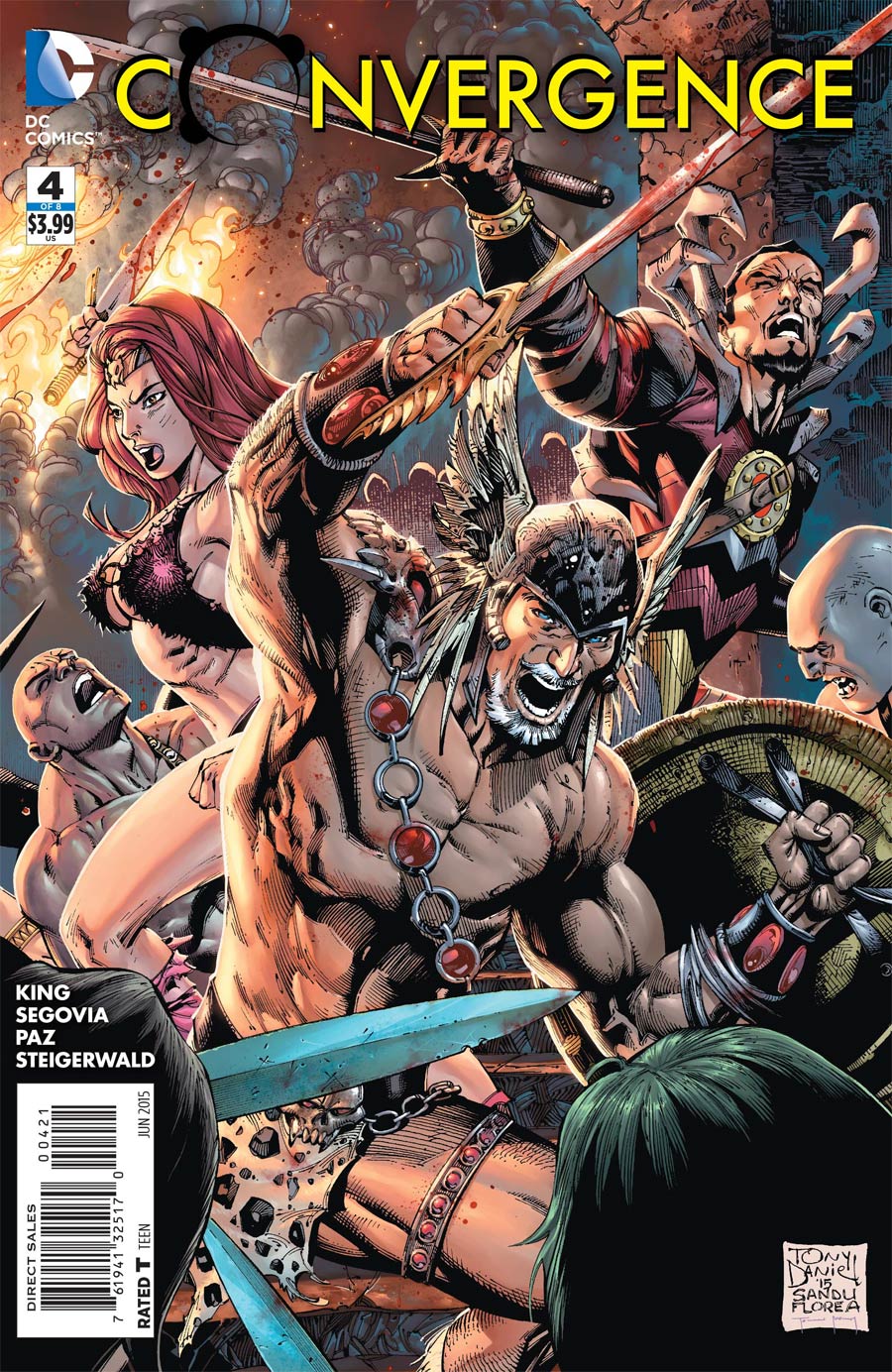 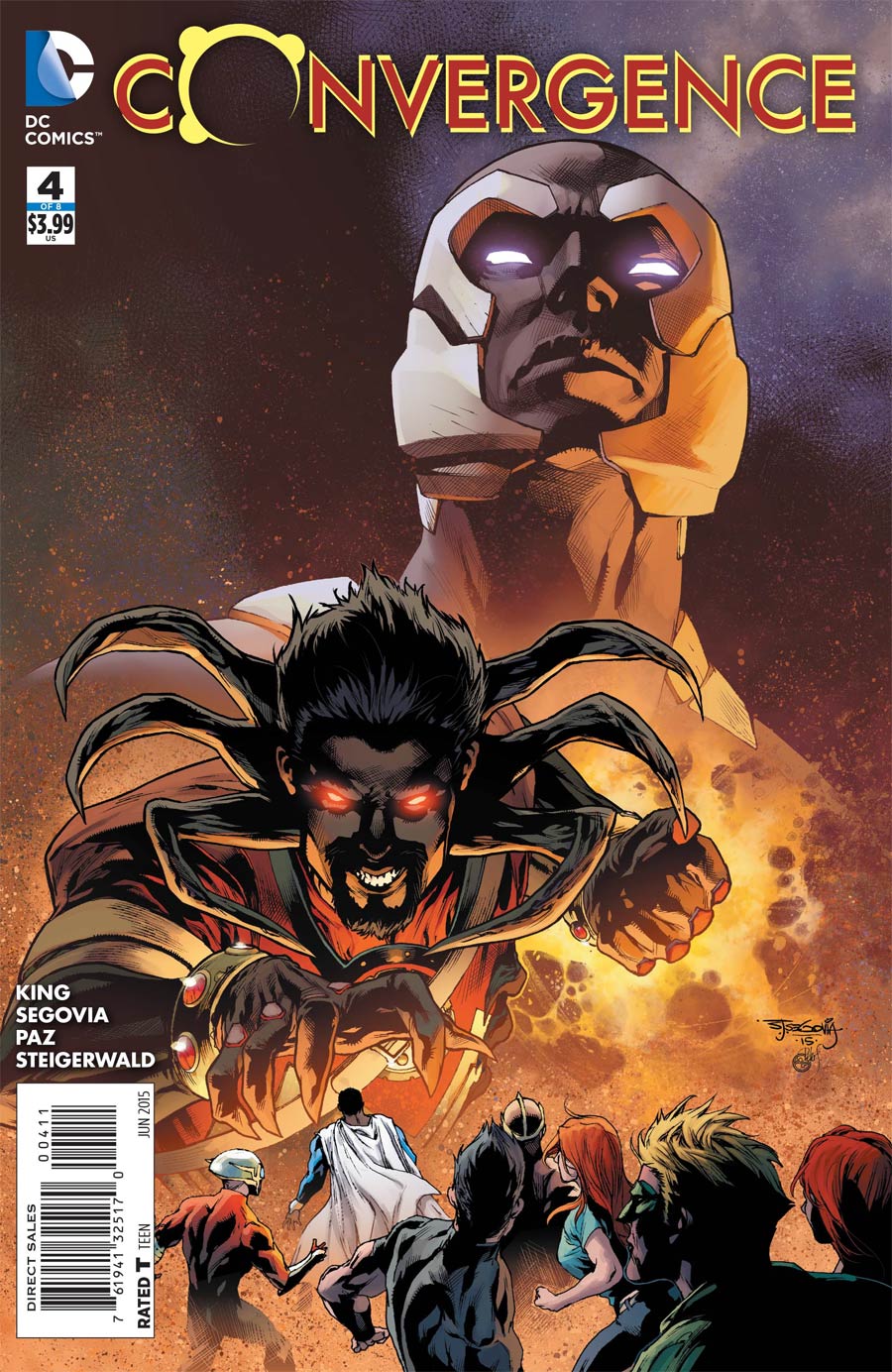 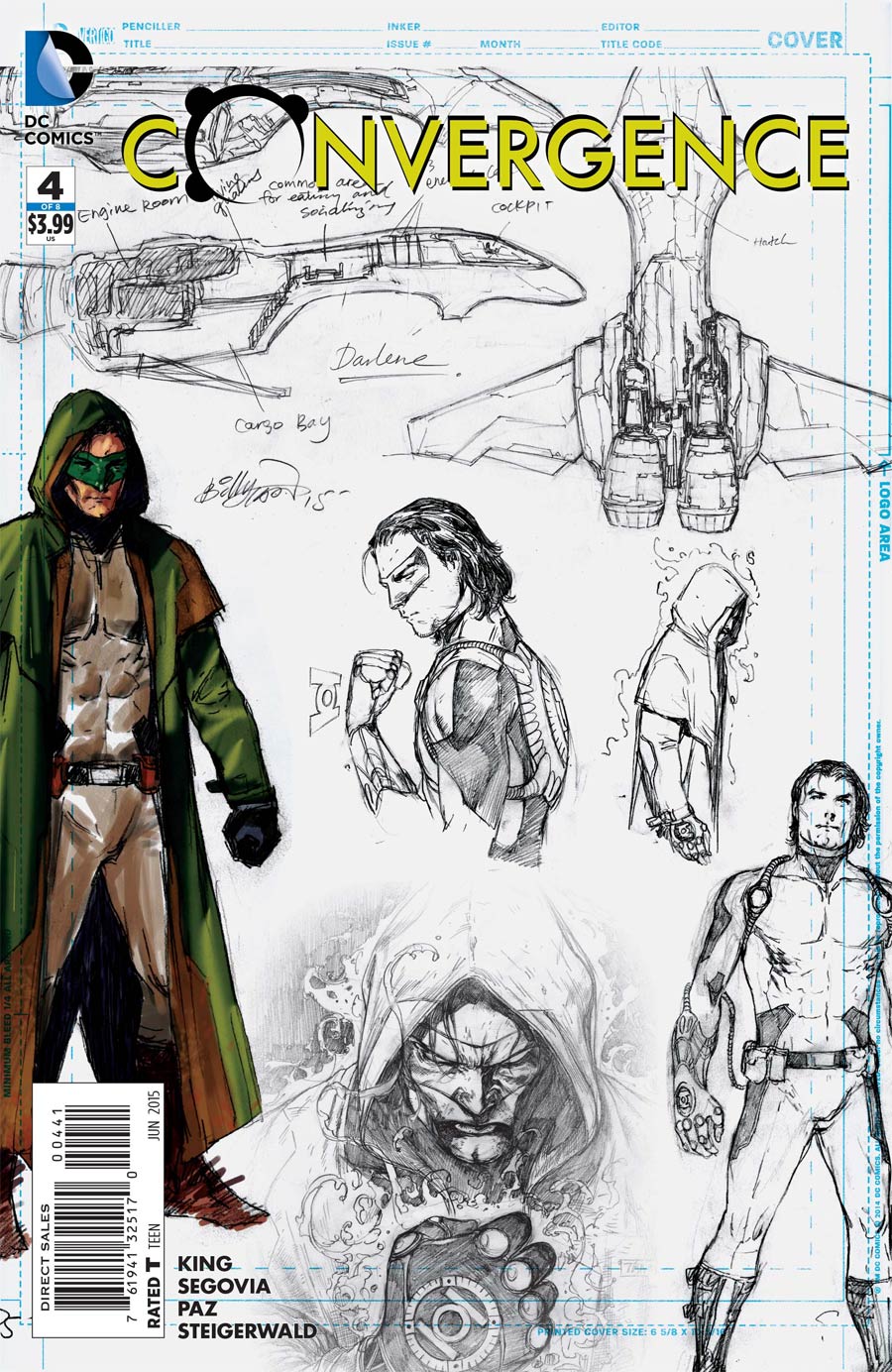 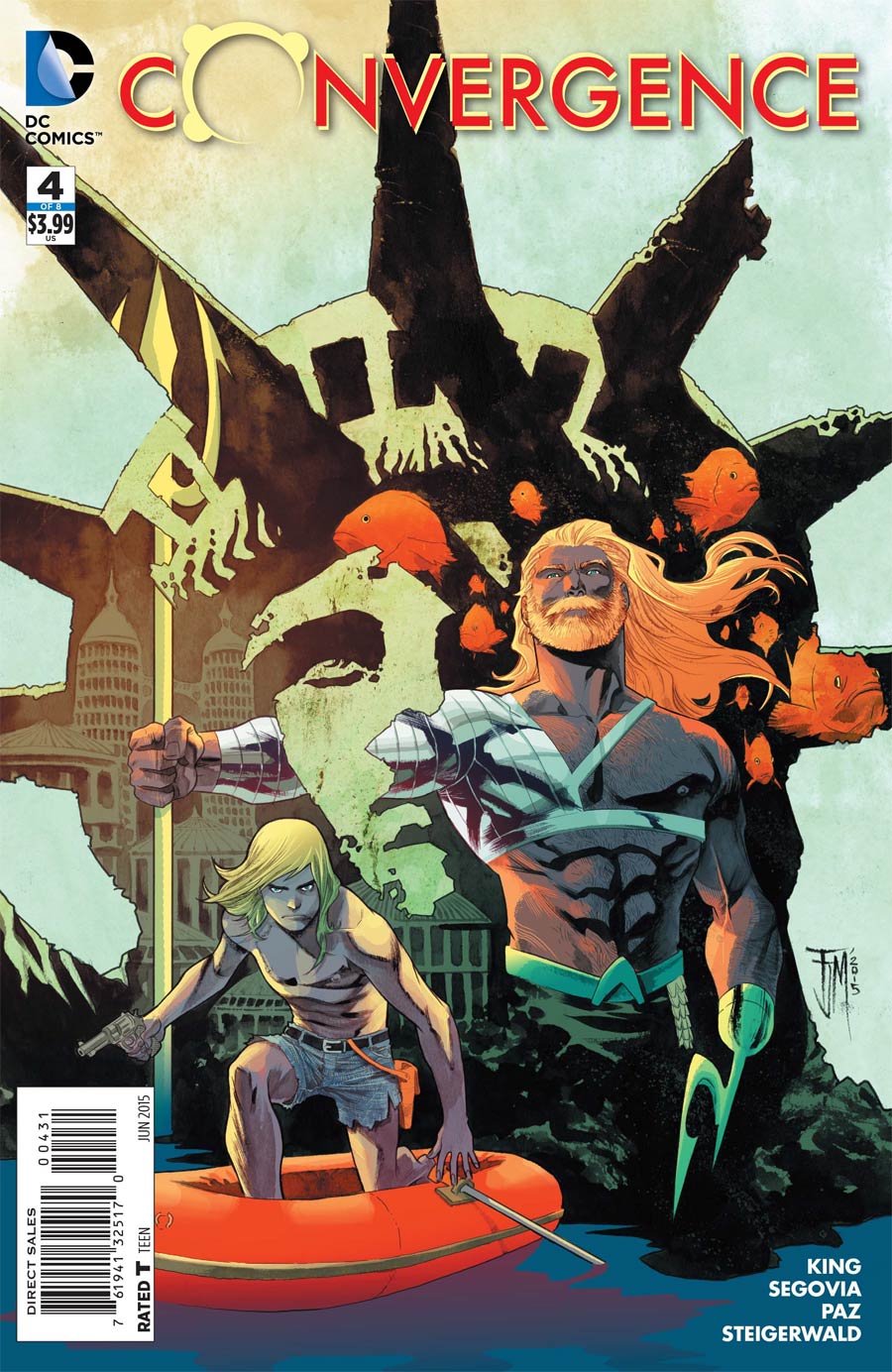 Telos engulfs Dick Grayson in liquid metal. It returns mobility to his broken back, (sustained in the previous issue from a Joker gunshot to the spine) and gives him even more strength than before.

On Skartaris, Deimos and the Earth 2 heroes attack Warlord's castle. They want to free the Time Masters, though it is obvious that Deimos' hidden goal is to overthrow his nemesis, The Warlord.

Telos and Grayson watch as cities fight one another. Grayson tries to convince Telos to stop the manipulation, and to support life on all of the cities. But Telos once again reiterates his master's orders: only the strong survive.

The Time Masters tell Shakira that Telos is wrong about both the future and the past. She implores them to help in her fight against Deimos. They refuse.

Deimos defeats Yolanda and Shakira. He taps into the power of the captured Time Masters. He uses it to open a portal to Brainiac. The Collector of Worlds has been imprisoned. If Deimos can free Brainiac, he will have whatever he wishes in return.

Story - 3: Despite my criticism of Jeff King's storytelling, I have no real problem with the premise or major plot points of Convergence. The issue I have, is his inability to fill the spaces in between. His skeleton outline has remained just that, a skeleton. No meat on the bones, nothing to chew on, with very little to draw interest to the story.

King is using a similar structure to 1985's seminal Crisis on Infinite Earths. Not a coincidence to be sure. It worked well enough for Wolfman, but King doesn't execute it as well. (Personally, I think CRISIS has similar problems in the first half. It is painfully slow, little-to-no progression). But Wolfman rights the ship with great drama and the highest of stakes. King has the same opportunity to redeem himself, but I am not counting on it.

In the second issue of Crisis, Harbinger is shown to be an eventual traitor. Deimos, a traitor, is introduced in the second issue. The Monitor (thought to be crucial to the story) dies a third of the way in, just like Batman. In a surprise at the half-way point, Harbinger saves the five remaining Earths. Here, we are surprised to see that Brainiac has been imprisoned. Two-thirds of the way through, The Flash is killed.

This begs the question, will another major character die in the next two or three issues? But more importantly, does it matter? (And heck, do we even consider any of these characters to be "major" anyway?).

If all of the cities except one are to be destroyed, it will be difficult for King to make one single death hold any meaning. But you can count on a twist or two. Perhaps all of the cities will survive. Maybe they will be sent back to their Earths to live on in the multiverse. If so, it would please a great deal of readers. But again, if King cannot do a better job of connecting with those readers, he will have failed.

As far as this issue, the Deimos fight begins with promise. He reveals new information to Yolanda, but the tension is cut, and never regained. The heroes barge in, but do not fight him. Telos and Grayson appear, but do not fight him either. I am not advocating more fist-fights, but a writer can never created enough conflict. That, and tension are essential to any story, but this book has little of either.

Speaking of a lack of conflict and tension, the Time Masters are trapped in stasis. Literally and figuratively. Despite being a MacGuffin of sorts, they remain in captivity with barely a few lines of dialogue. Nearly a dozen of them have not even been named through five issues.

Grayson's character arc is obviously meant to be important, but has been played out in a middling, uninspired fashion.

I do like that Deimos has revealed his true colors. King did not foreshadow his betrayal enough to ratchet any tension. Since he passed on the chance, the writer is better off using him as an actionable villain.

Also, Brainiac's incarceration makes him vulnerable. He needs one of the people he has held captive to release him. This changes the balance of power, which could spice things up considerably.

The truth is, there is little to critique in this issue, because very little happens. I guess we should be thankful that this event was not designed exactly like CRISIS. It is only eight issues, instead of twelve.

Art - 3: Same artist as last week, but now with SEVEN inkers. Also, same problems as last week. Overshadowing leads to a lack of detail and focus. It is a trick to cover up rushed work.

I am beginning to think that the choice to make the planet Telos a desolate, barren wasteland was purposeful. There are no backgrounds to draw for most of the panels. It is a big time saver. But the artist does not take advantage when he is given something lush and vivid to work with. Even scenes set in the breathtaking, exotic Skartaris, Segovia seems to find the most uninteresting parts of the village to showcase. He doesn't even make a simple castle interior look cool, cozy, or crazy. Instead, nearly every panel is drab, bland, and boring.

Cover Art - 3: No background. Dingy colors. Detail-less Telos. Inactive heroes. And Deimos would look good, except his head/shoulder piece looks like he morphed into a camel spider creature.

Like I said above, it is nice to see Deimos used as a straight up villain. It gives the heroes something to rage against, and on the cover, it gives would be readers something to look forward to.