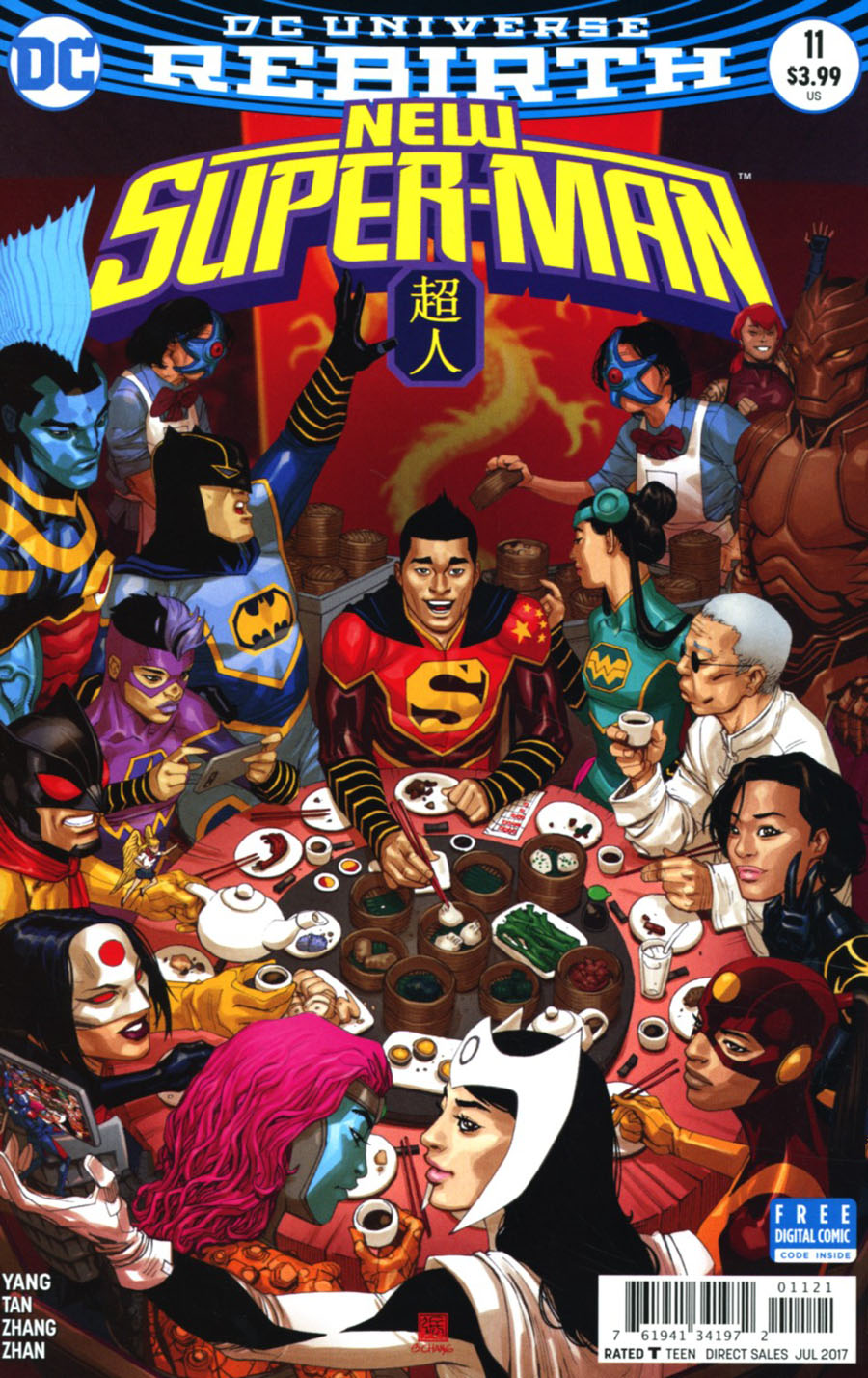 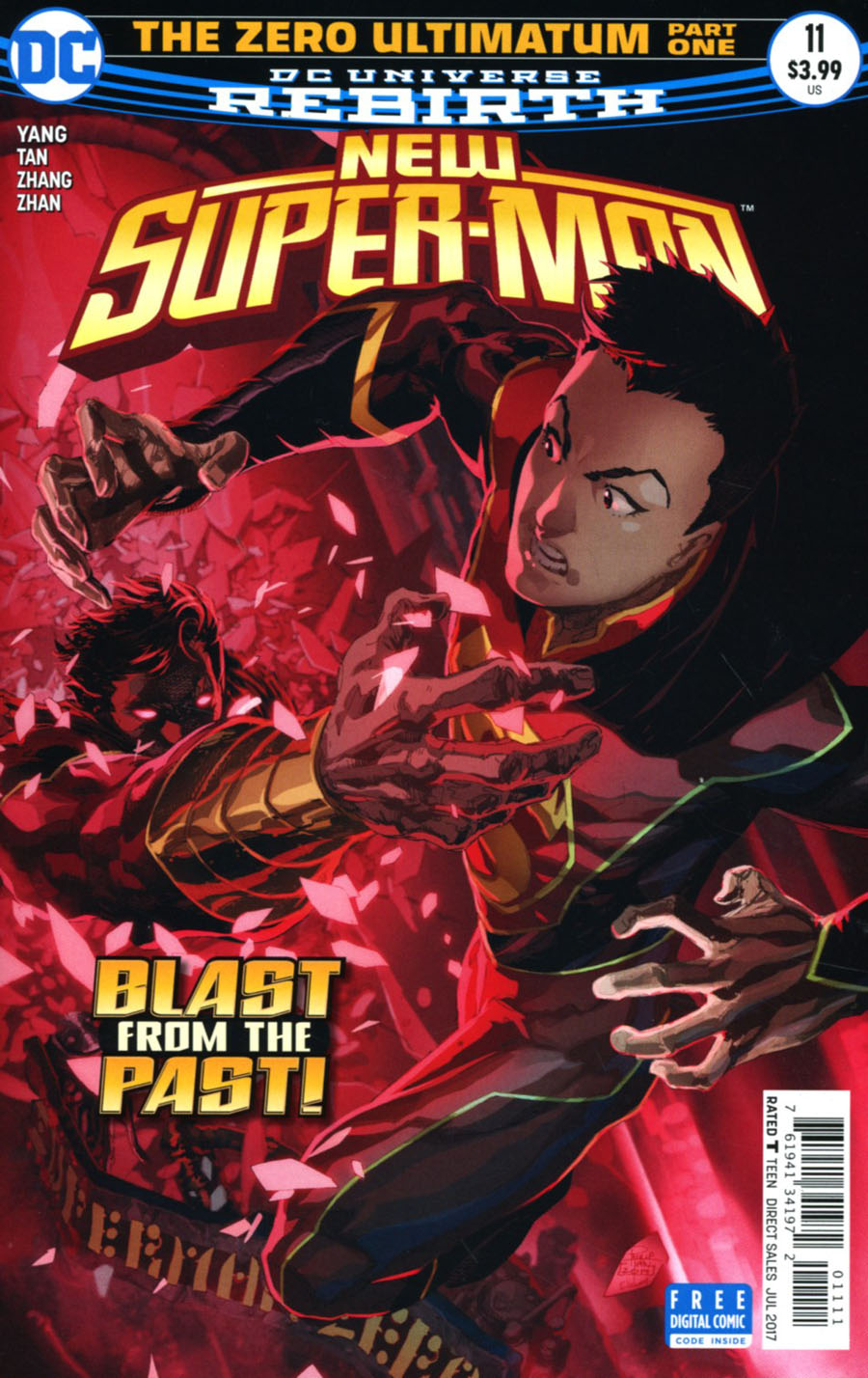 "The Zero Ultimatum" - Part One

Professor Zhang is murdered by the China White Triad while conducting an underwater search. Kenan unlocks his super speed ability and enters a race with the JLC's Flash (Avery Ho). Bat-Man and Wonder-Woman learn of the murder of Professor Zhang and the recovery of a mysterious statue bearing the resemblance of a sorcerer named Monk Fahai - a man tied to Deilan's past. Upon inspection, the China White Triad learn that the statue houses the spirit of a turtle that turned into a human and became infected with the Doomsday virus. The statue comes to life and begins to transform into a giant Doomsday turtle as the China White Triad flees the scene. Avery and Kenan continue their race, but are halted when they see Fahai on a rampage. After several rescues, the two are reunited with Baixi and Deilan.

In Metropolis, Amanda Waller pays Lex Luthor a visit while Harley Quinn extracts security footage of Kenan from his visit in the previous arc.

Back in China, the JLC manages to stun the creature temporarily. Wonder-Woman is able to communicate with it and surrenders herself to bring the battle to an end. Bat-Man and Super-Man stop her and the fight continues. Elsewhere, Mr. Luo contacts Dr. Omen and orders Project Zero be released in order to end the battle with Fahai. Kenan is moments away from being killed by Fahai when a blast of heat vision frees him. Super-Man Zero has been released.

Story - 5: This issue is weird. Good, but weird. I never thought I'd be typing phrases like "giant Doomsday turtle" or "the spirit of a turtle that turned into a human and became infected with the Doomsday virus," but here we are. For all of the weird, this book is just downright fun. The race with Avery and Kenan is both hilarious and a nice callback to the legendary races between Superman and The Flash. More than anything, this book is intriguing. I am genuinely curious to know Deilan's backstory and her connection to Fahai. It's also interesting to see Professor Zhang return. Regarding Avery, I am glad to see that she wasn't a throwaway character from the Godspeed arc over in The Flash. Like I mentioned in previous reviews, Yang keeps adding elements that help push the idea that this title is connected to the DC Universe and actually matters.

Art - 5: Billy Tan does fantastic work in this issue. The two-page splash of the Super-Man/Flash race is brilliant. With Bogdanovic moving to Action Comics, I think Tan is a natural choice to take over art duties. He also draws some adorable panda bears.

Cover Art - 4: This cover is so close to being perfect. It has all of the elements of a gripping cover, but I feel Super-Man Zero isn't emphasized enough. The viewer's eye is immediately drawn to Kenan, but it takes a second or two to fully understand the danger he's in. I think it's an issue with the inking and colors, but even then, it doesn't ruin the image.

Variant Cover Art - 3: The variant is a little crowded for me. A nice concept, but not something I would consider rushing out and buying. The Ryan Choi gag is a bit funny.