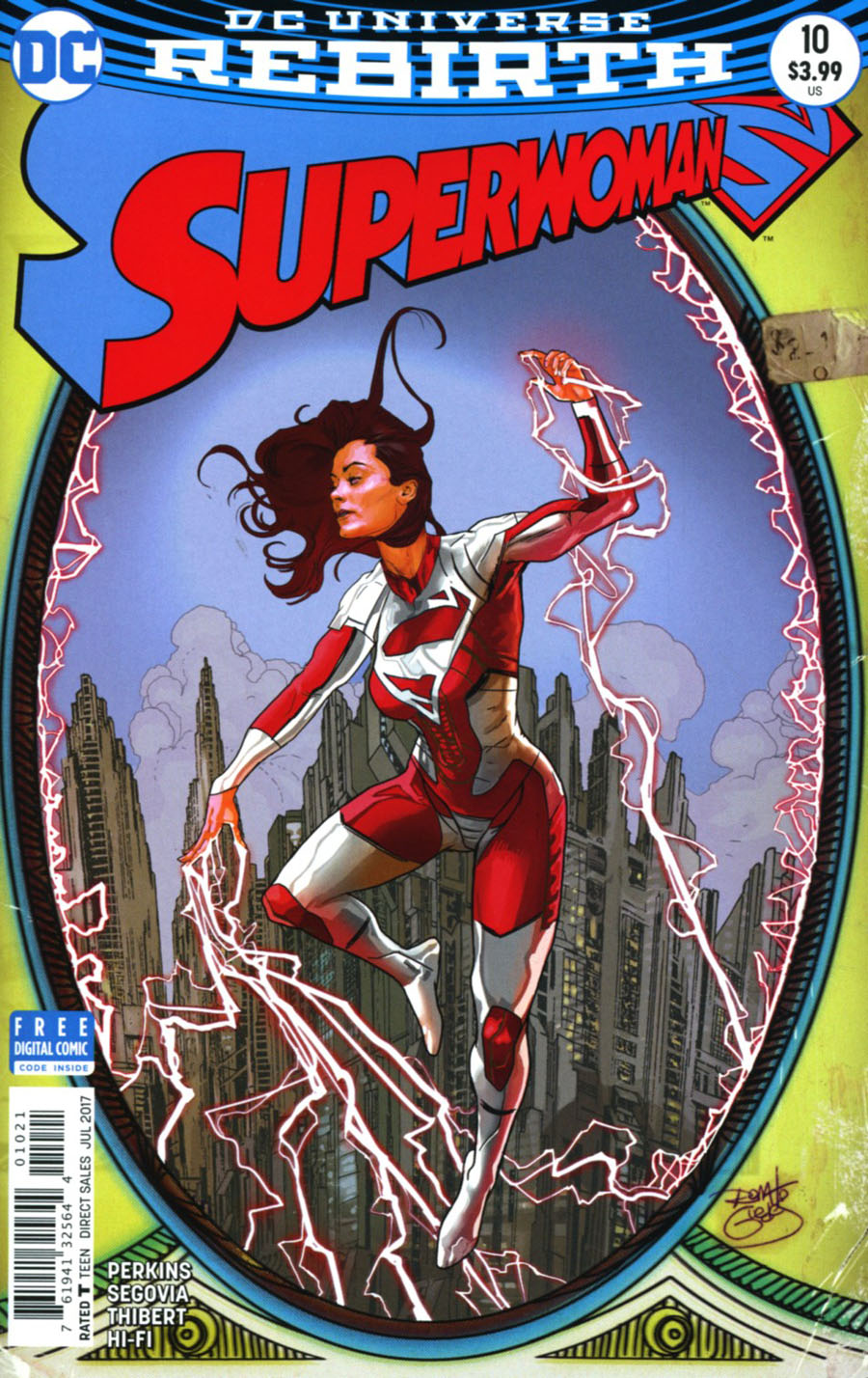 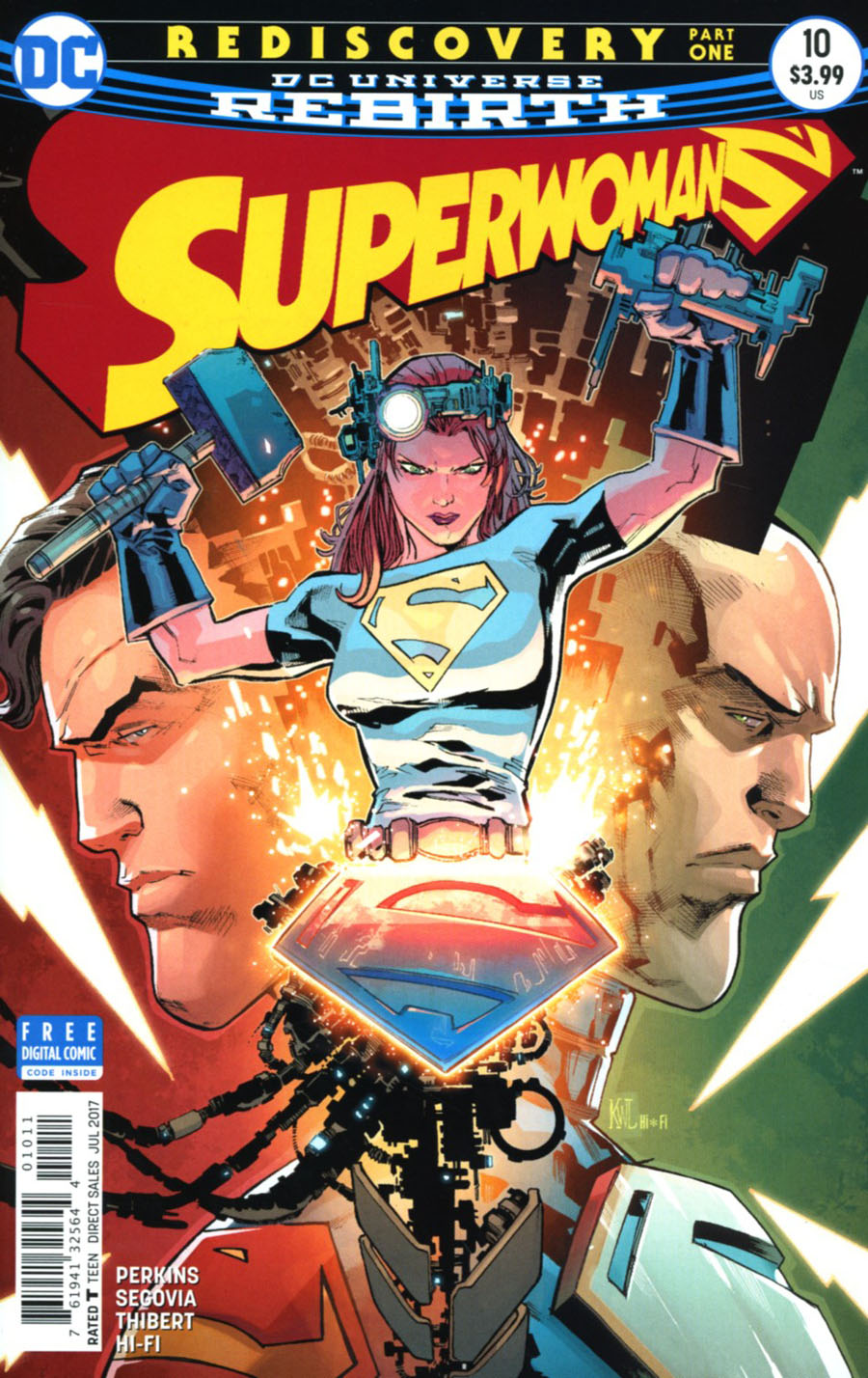 "The Rediscovery" - Part One

The Insect Queen armor still retains the energy that Lana Lang lost, and she decides to use it to battle Skyhook, a villain responsible for the abduction of Zeke Irons, the nephew of John Henry Irons.

Story - 2: A point for Perkins making something that resembles lemon water, if not lemonade. Another point for the lush coloring performed by Hi-Fi. That's all that can be mustered for this issue, unfortunately. Lana has lost her powers as the energy that powered her returned to Superman, but her suit still has powers. If that's the case, she hasn't lost her powers. Lana is being maintained for a fate that no one can see, or care about. Lana is still as unlikeable as ever, and for no explainable reason. The most egregious moment is to see Lana sleeping in bed with John Henry Irons, and dreaming of Superman. The dream itself is enough betrayal, but it's rendered three-fold to see her gain what she needs from a Superman who isn't even the one she grew up with, Superman Reborn notwithstanding. The direction of Superwoman is errant, with no apparent hope of the course being corrected, and the biggest reason is that none of this should be happening. Lana lost her powers, and it's time to move on. Insect Queen armor or what plot contrivances may come this is a series that has no reason to exist. The staccato approach to keeping this book alive will end as all compositions do.

Art - 3: The best panels are of Lana and Superman conversation, which is telling in a book of loose line work.

Cover Art - 4: Pretty nice cover. The balance and shading are eye pleasing to say the least.