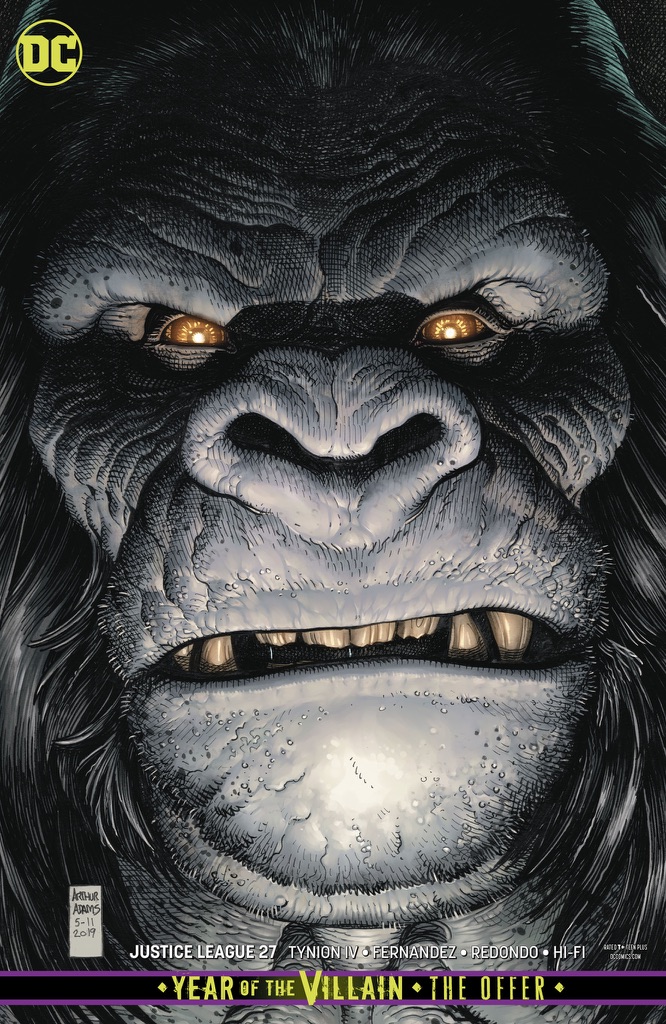 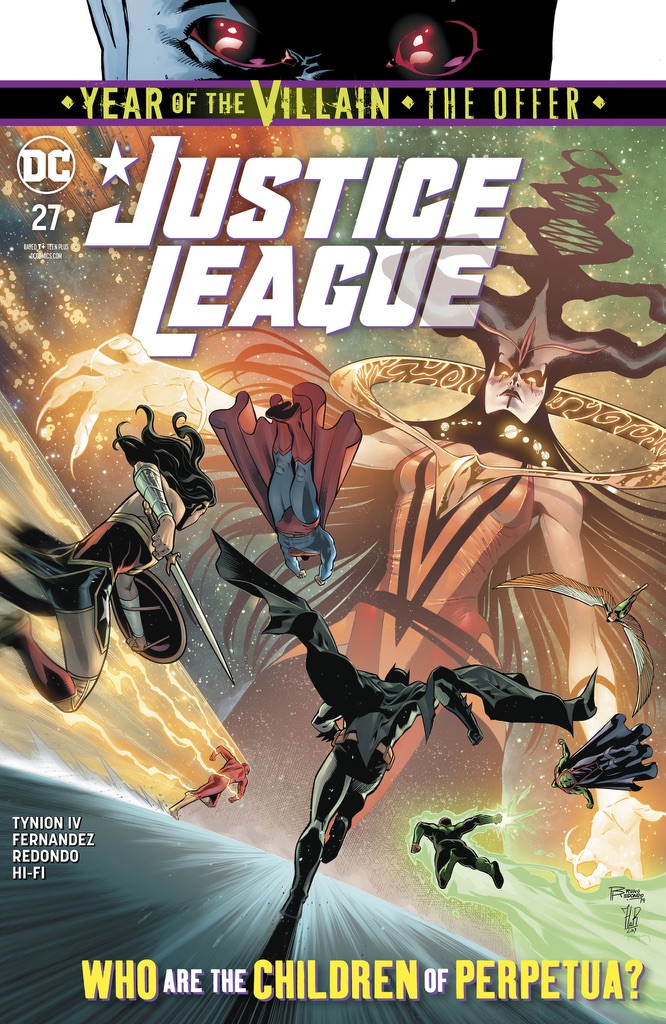 Reviewed by: James Lantz
Click to enlarge
As most of the Justice League prepares to battle Perpetua and help the World Forger find his brothers, the Monitor and Anti-Monitor, Shayne, the son of Hawkgirl and the Martian Manhunter, tries to find his place in the multiverse. J'onn confronts a robot duplicate of Lionel Luthor that was constructed by Professor Ivo. Ivo is studying Luthor's scientific notes on the human/Martian hybrid Apex Predators that comprised Perpetua's army. J'onn is being tortured so Amazo's creator can learn more. Hawkgirl's timely arrival saves him, and the pair battle Ivo's machines. J'onn wants answers, yet the landing of a spaceship interrupts any attempt to do so. The occupant is prepared to make the Martian Manhunter an offer of himself. That being is none other than Lex Luthor.

Story - 4: While this one is better than the last issue, it's missing Scott Snyder's storytelling. To James Tynion IV's credit, he is going on what Snyder has done and doing a good job of it. However, at this point in "Apex Predator," his work on this series does not flow as well with Snyder's as it did in the "Legion of Doom" fill-in chapters. I still like the story a lot, but Scott Snyder's absence from the title is too obvious. He's surprisingly done some great things for Justice League since the book launched.

Art - 3: The art hasn't been as good as it was in the previous serial. Some characters look strange. Even Batman looks off. Was this issue drawn in a hurry to meet the deadline? This is why I feel this title should be monthly. Otherwise, DC should get an artist who seems capable of working on a twice-monthly title.

Cover Art - 3: Something about the angle of this image looks off to me. The art itself is decent, but that flaw ruins its rating for me.

Variant Cover Art - 5: Remember those 'Faces of DC' covers some years ago? This image reminds me of those. The fact Arthur Adams drew Grodd makes it awesome. He's one of the greatest artists in comics.