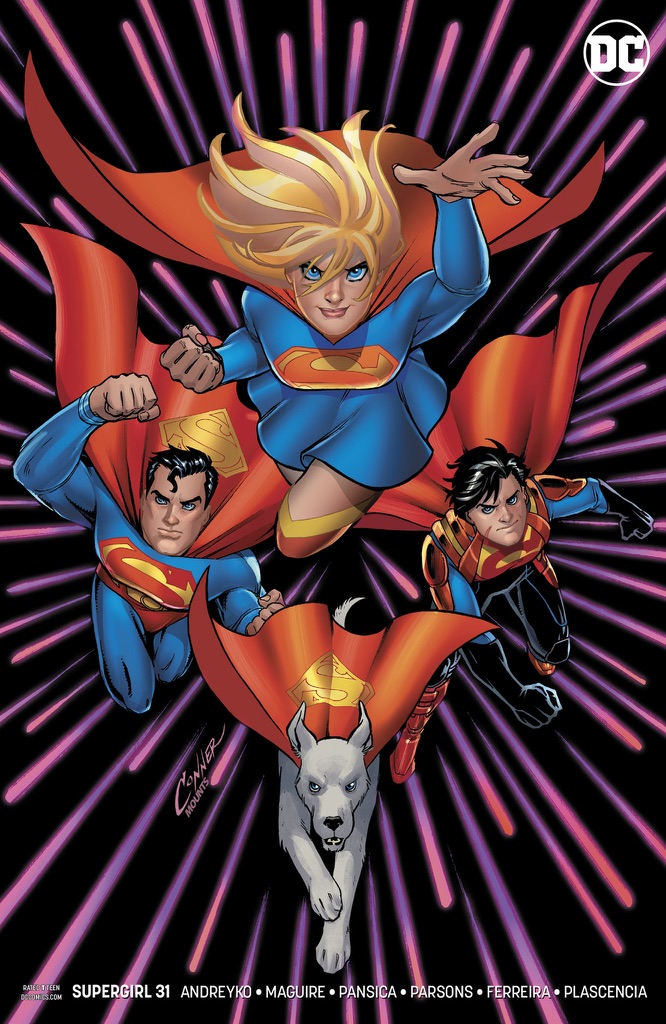 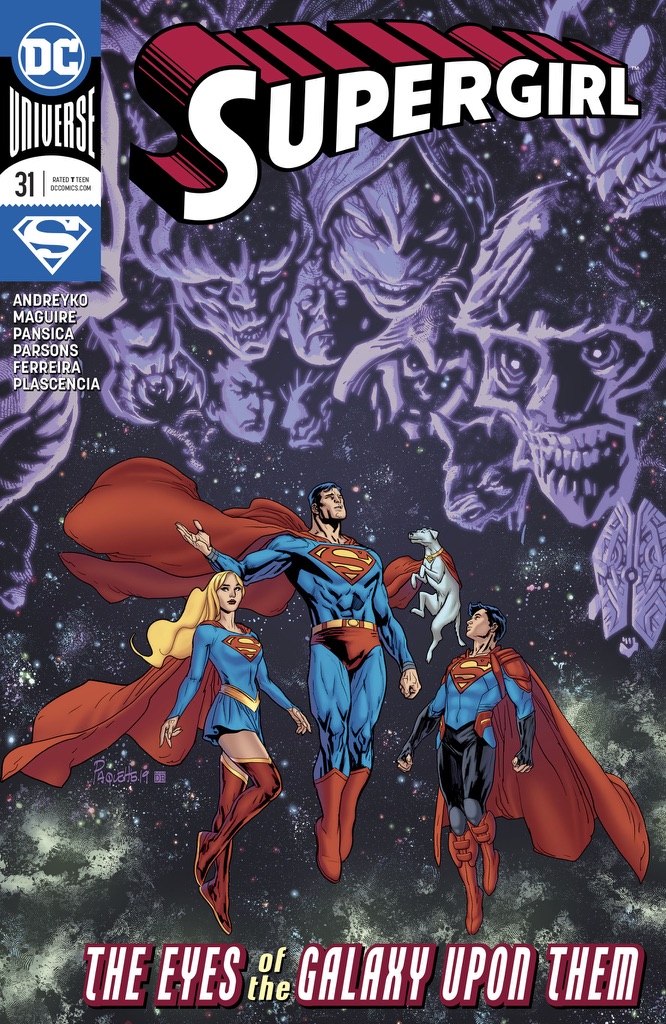 "The House of El: United"

Reviewed by: Adam Dechanel
Click to enlarge
Kara returns to find herself in the middle of a war. A quick catch up from Clark and Kara. Using Zaar's axe she destroys the hull of one of the Khund ships. Zaar makes a play for the axe but Supergirl uses his own weapon against him.

Kara wonders where Gandelo vanished to given her forces are part of the attack, and we find that the warship Zanthanos has rescued the villainess.

The Khunds angry at the damage to their ship take their anger out of Rogol Zaar and die for their insurrection. Kara takes on Zaar alone once more and feels the axe beginning to bond to her. Jon intervenes and pulls the foes far apart. With the combined might of Kara, Jon, Clark, Krypto and the axe, they manage to force back the armies and escape in Jor-El's ship.

Jon and Krypto offer to help battle Gandelo while Jor and Clark have some much needed alone time. Gandelo, humiliated, orders open war on all Kryptonians but is she ready for the response? We're about to find out.

Story - 4: A much needed issue that does a lot to expand upon the story elements glossed over in Superman #12. I'm surprised that this issue does so much to support the Superman issue. Unfortunately for me this issue is more a band aid for that issue than it is a stand alone story.

I liked seeing things from Kara's perspective but I wanted to see more of her story. Andreyko has consistently delivered great issues and given this was a tie in, I can understand the restrictions.

Are the Kryptonians using telepathy? I ask because Kara, Clark and Jon are clearly speaking on pages 1 to 3 but beyond that the lack of sound is a story point. Just a quirk I know!

There are other inconsistencies. Like Kara fighting Zaar with the axe here but in Superman it is absent in the same scene.

Also Jon explaining how his suit works when in Superman it's Jor that does that. It's not this book or writer's fault, but if you are going to do the exact same story from two perspectives they should be consistent.

Art - 5: The last panel... wow! Well, not just the last panel. The whole book carries a somewhat cinematic feel to it. The smaller panels do seem to suffer slightly in detail which is evident especially in digital form. However when the art is given the chance to breathe it really does shine.

Cover Art - 3: I don't know if it is the style, or the fact Supergirl is relegated to a supporting character on her own cover but this seemed like a rare misfire for me. It just wasn't as powerful an image as I think it is meant to be.

Variant Cover Art - 5: The Conner variants on Supergirl have such an endearing quality to them. I love that this cover puts Kara in the forefront. The vibrant palette really helps give the whole thing an eye-catching energy.