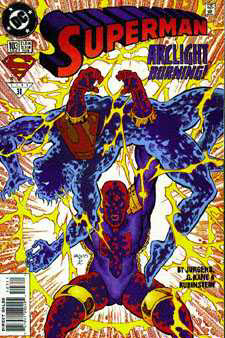 Noah Pastenetti was a torch for the mob, until the mob found he was informing a reporter. They strapped him in a LexCorp nuclear power plant and blew it up. Pasternetti survived as an energy form, and was placed in a containment suit by LexCorp.