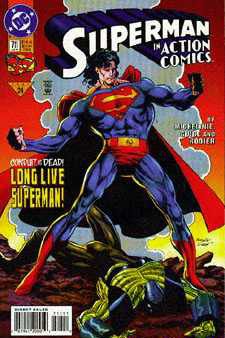 (Deceased) - Conduit (Kenny Braverman) was a childhood friend and rival of Clark Kent. Braverman grew to hate Kent after being continually bested in competitions, and being mentally abused by his father. Braverman became an intelligence operative and eventually operated an extensive information network. After several attacks on Clark Kent and through a stolen computer file, Braverman learned Kent was Superman, and began attacking Superman and Clark Kent's parents and friends as Conduit. Conduit could shoot kryptonite based energy beams. Eventually, during a battle with Superman, Conduit overloaded on energy and died.