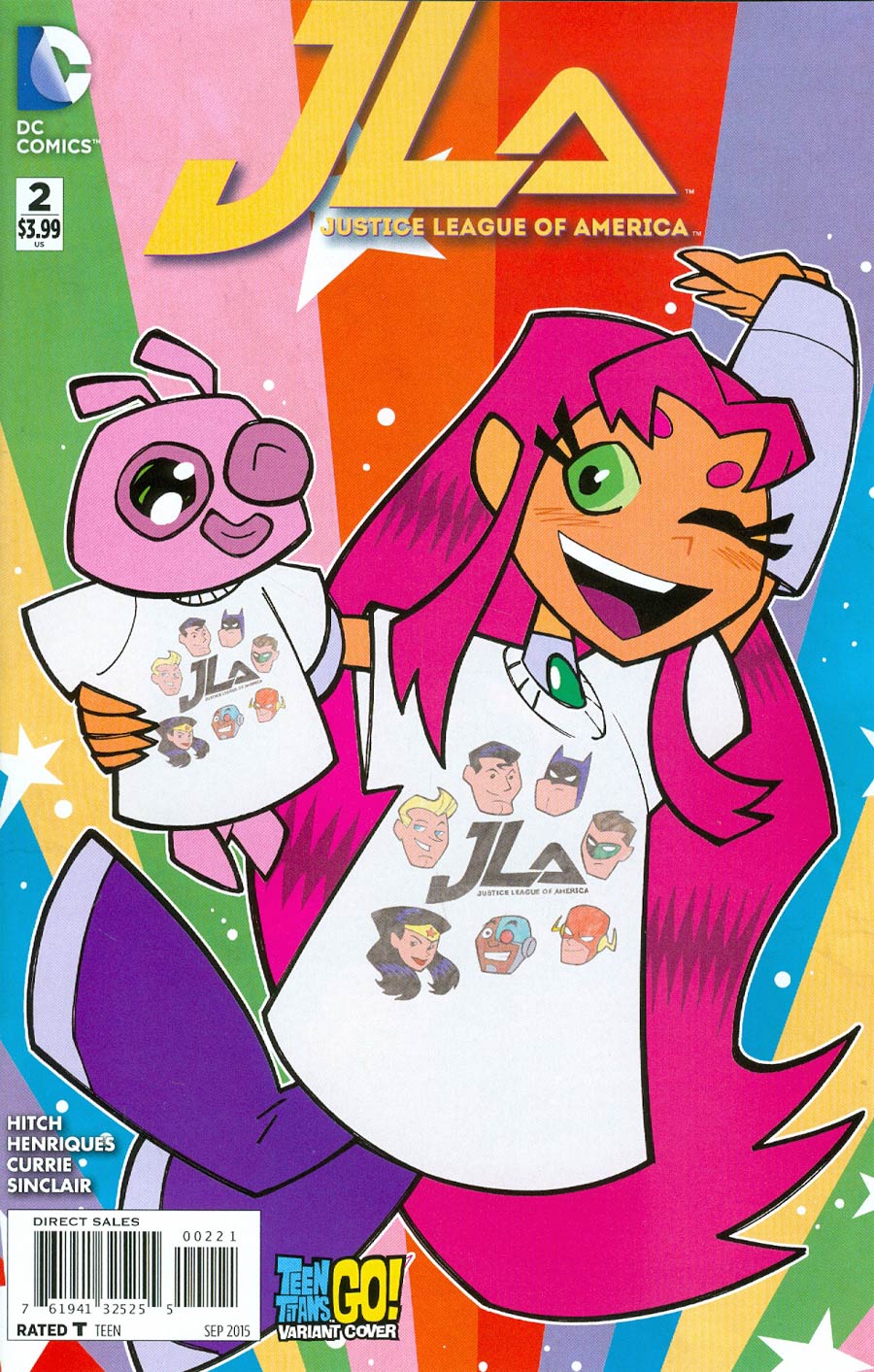 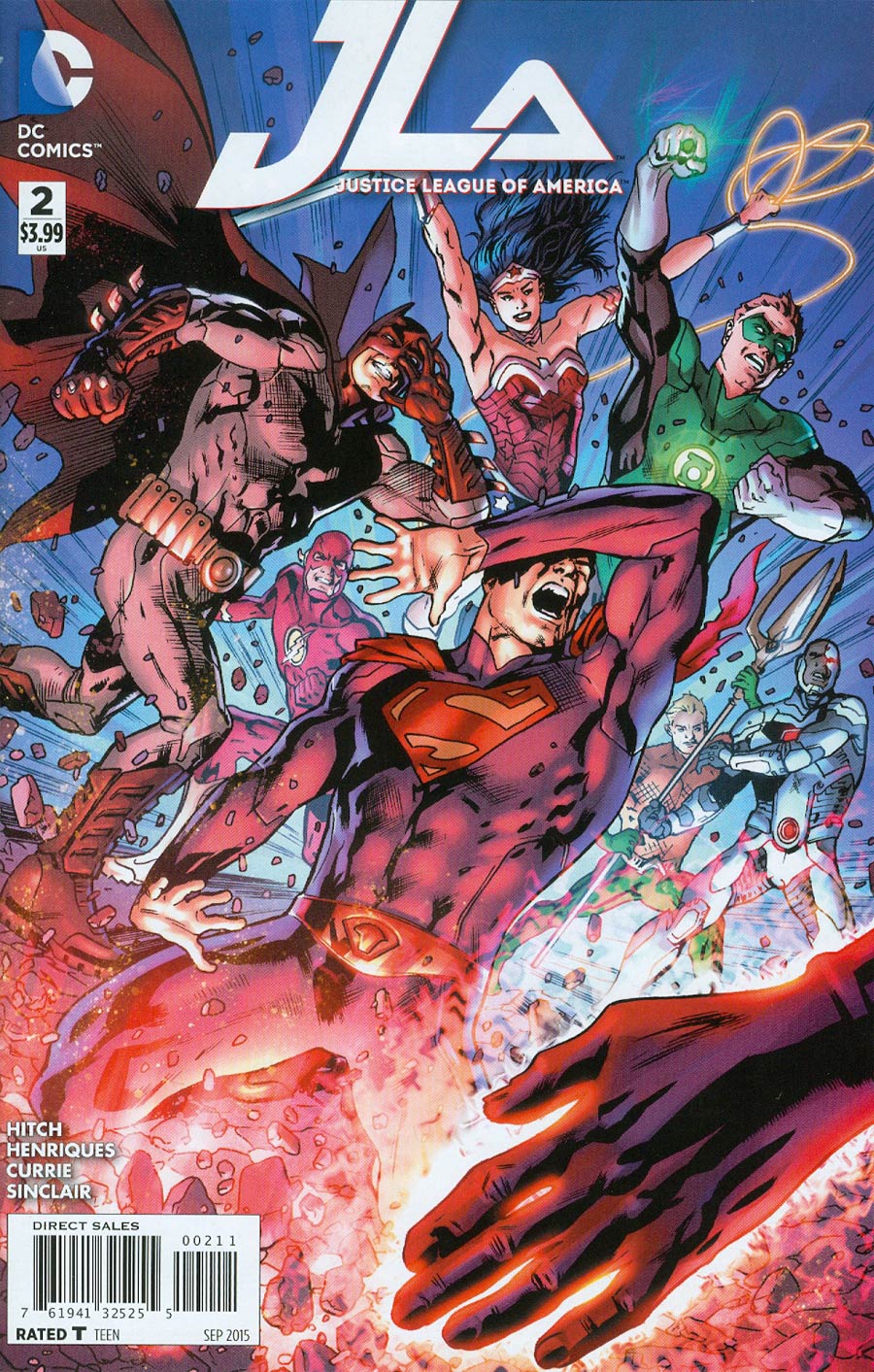 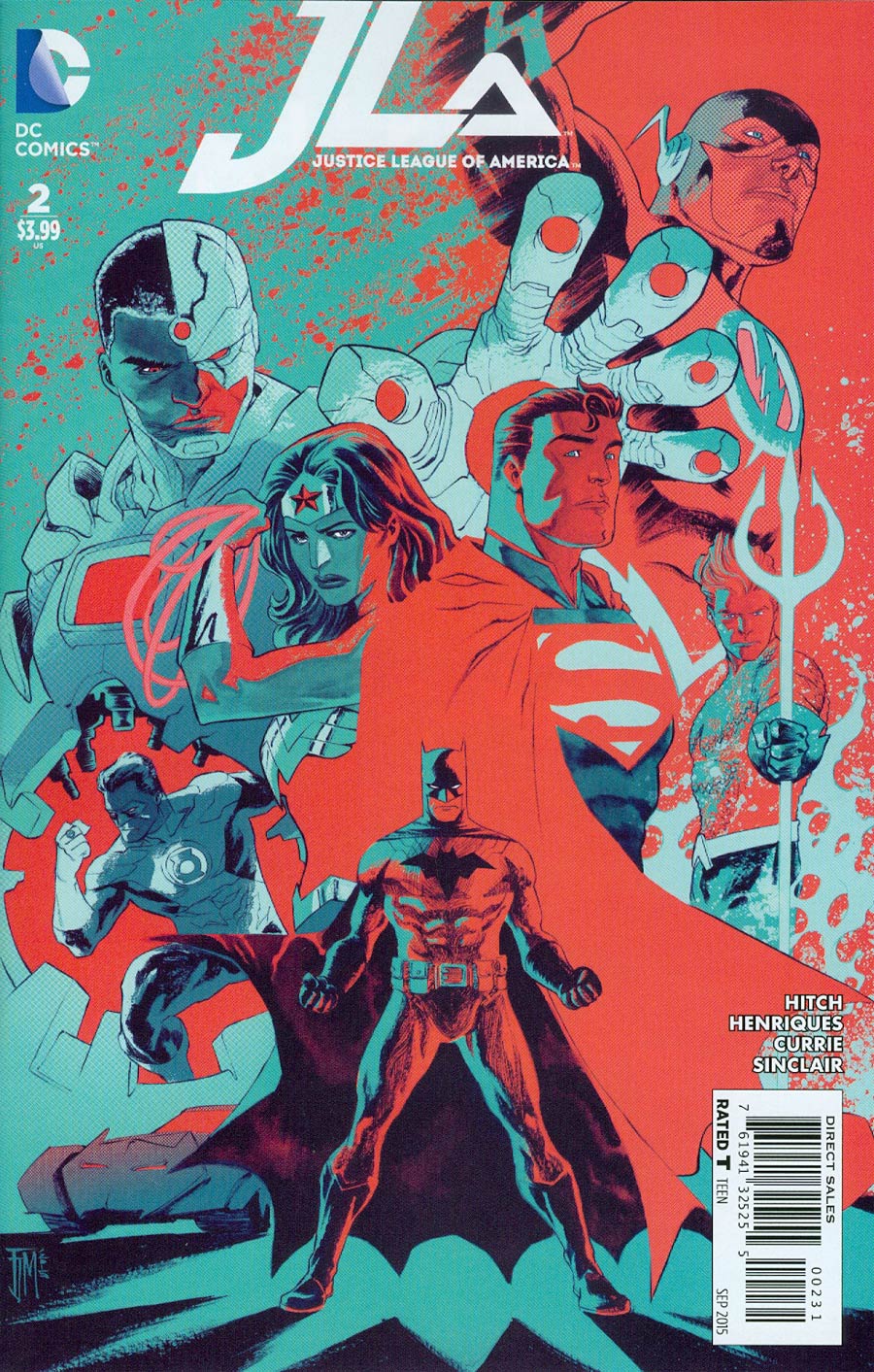 Rao, the Kryptonian sun god, appears in angelic-like glory. Superman is a believer. But a mere touch sends the Man of Steel plummeting toward the ground.

Batman tells Cyborg to hold back. He wants to see if Rao will save Superman, or let him suffer a painful and destructive fall to earth.

Rao, evoking Jesus cradling a helpless child, saves the hero. Superman does not understand his momentary powerlessness. Rao explains that his 'grace was too much for him.' He calls upon Superman to proselytize on his behalf; to prepare the way for his coming.

The presence of Rao has a positive impact on the crowd below. Couples fall in love; the blind are made to see.

A prophet of Rao asks Aquaman if he can preach to the Atlanteans. Arthur does not believe in gods, but reluctantly agrees.

Perry spurs on his reporters to be the first to land the inside scoop on the Kryptonian god.

At the Batcave, Cyborg reviews the 'Kryptonian protocols.' A comprehensive list of tactics designed to takedown Superman. Any plan that can negate a Kryptonian threat, might neutralize Rao as well. Batman will try to find Infinity Corp, and the missing leaguers.

Lois writes an article questioning the need for another god. But she also asks, if a Kryptonian man can impact the world as Superman has, then what could a Kryptonian god do?

Global representatives assemble at the Cathedral. Superman introduces Rao. He lays out his intentions: to bring peace and wellness. The god has already sent out his prophets to every hospital. They miraculously heal every afflicted person they find.

Though Superman seems to be a true believer, he questions Rao's motives. He wants to know why Rao was just a myth on Krypton, but a reality on Earth. Rao claims he had achieved his goals on Krypton, then left to explore the galaxy. When he returned, things had deteriorated beyond repair. Rao watched Krypton's destruction. He saw Superman's rocket ship save him from certain death. Rao asks Superman's forgiveness for failing Krypton.

While Superman's doubts are allayed, Rao's miracles stoke Batman's fears. For all the good he has done, Rao's equal-opportunity-healing means bad people, who might otherwise have died, will be back on the streets. Batman admits the death of his parents make it impossible for him have the hopeful outlook of Superman.

Superman thinks of Diana. She is still missing. We see her awake in a chaotic swirl of wreckage. Olympus in ruins.

Story - 4: If you do not like religious overtones grafted onto your fiction, I have some bad news. This issue cranks the spiritual themes and imagery up to eleven. Kryptonian sun god, Rao, is used as a not-so-secret-cypher to deal with questions of our faith and religion.

The idea of treating superheroes as gods, is well-trodden ground. Although here, it feels fresh. Like the previous issue, the writer-artist does not delve too deeply into his characters, but he shows he has an accurate feel for them. Hitch uses the idea of a deity to examine each character's willingness to believe in something higher than themselves.

Superman is the true believer. He is a symbol of hope. It is in his very nature to believe.

Batman is the fallen believer. He was young -and innocent- when his parents were killed. The tragedy transforms him from a believer-by-default, into a traumatized individual. As a result, he adheres to the power of fear, the opposite of faith. He recreates himself into a symbol of terror. His bitter-fueled reliance on fear prevents healing, and in turn, prevents his believing in anything outside himself.

He says, "Gods, Alfred. We have a poor history, them and me. Who was God being kind to when my parents were murdered?" He does not reject the existence of god, but rather, expresses an inability to hope for a loving, protective god.

Wonder Woman is the warrior believer. With Olympus destroyed, almost certainly by Rao, she will have to fight, literally, for her faith.

As it turns out, Aquaman is right. Rao admits his faults, and asks Superman for forgiveness. His imperfection puts him on the level of man, therefore, he is not worthy of worship.

Lois is the skeptical believer. She wants to believe. This is evidenced by her preexisting faith in Superman. She writes a dubious article, but ends it with an seeking question: What could a Kryptonian god do? She is not unlike doubting Thomas. She needs proof; she needs to feel the wounds for herself. But when she is convinced, there is no stronger apologist.

Alfred is the interceding believer. He is like a religious mother praying for her child, or a desperate father making a deal with god. Alfred speaks to Bruce like such a parent, "Well then, I shall just have to hope for both of us."

His belief may stem from religious adherence. But more likely, it is because of his precarious circumstance. He cares for a man who chooses to risk his life on a nightly basis. One thing is certain, Alfred feels a burden to believe on Bruce's behalf.

Finally Cyborg, the expository believer, who exists so Batman can explain the plot to him. ;)

My only complaint about the characterization, is Superman's. He is either blindly, and therefore recklessly, professing his faith, or being unknowingly manipulated by Rao's supernatural power. Regardless, the eventual showdown between the two Kryptonians, is not eagerly anticipated. Instead, Superman fans brace for the moment when he looks like a fool for backing an eventual malevolent god or trickster.

Hitch's verbose dialogue slows the otherwise fast moving pace. The three and a half page scene in the batcave could be cut down to a single page. Hitch/Batman makes his point, then makes it three more times.

Though there is no action in this issue, the book is reminiscent of Grant Morrison's JLA, full of big ideas and themes. Like the last issue Hitch also throws in smaller moments that work well. A shining moment this time out: Batman lets Superman fall to the ground, to gauge Rao's character. We also get a cool dual seat bat-cycle.

Bryan Hitch is not a master storyteller, but his love for these characters, and bold ideas make for a fun, and mostly satisfying, read. I expect the next issue to be even better.

Art - 5: As stated earlier, this book is chocked full of religious imagery. If it turns out that Rao is not a god, than it is too much. Hitch will have overloaded the book with allusions simply to fool the reader. But if he is a god, than this story is more than a typical bait-and-switch. It will have more depth and resonance. And the religious allusions will have been appropriate.

Like the last issue, I appreciate the fact that Hitch is able to pace and plot according to the artistic demands of the story. That is, the pages are never cramped, but the work is never sparse either. It would be tempting, especially for a inexperienced writer, to pad the story with lots of splashes and overly large panels. Hitch not only resists, but he produces more pages than expected.

The artist proves that he can tell a story through art, as well as dialogue. Aquaman stands in the shadow of Poseidon's statue, as he denies his existence. The statue dwarfs the him and the prophet. The picture is as important as the dialogue.

Everything works together to convey a message, even setting. All Rao scenes take place in the open, or in front of the media. When Rao tries to convince Superman of his intentions, it happens in the sunlight, atop the Cathedral. Hitch is signaling Rao's transparency and trustworthiness. The fact that his plan is nefarious, either directly or collaterally, is only confirmed in the final scene.

After last month's dynamic, action oriented panels, this art may seem like a letdown. But Hitch does good work here. Because of his reputation, surely, many will buy this series for the art. And the artist does not disappoint.

Cover Art - 3: This cover has nothing to do with the story. Scenes depicted on a cover do not need to have actually taken place inside, just as long as it conveys a theme or idea contained within the pages.

Rao's powerful hand threatening the Justice League could be considered foreshadowing. It could be a symbol of his power. It could also be an allusion to the biblical 'hand of god.' But with the entire League represented on the cover, despite the fact that three of the leaguers are missing, it is more likely that Hitch simply drew a boilerplate cover to make his deadline.

He should have rendered a famous christian painting, with Rao standing in for Jesus. He did it in the interior -a few times- why not just go whole hog?